Skip to content
What would you sacrifice for your country?

Georgia must flip the U.S. Senate to stop the radical Biden-Warnock agenda that is destroying our country. We cannot afford to send an untested candidate to face Raphael Warnock this November. That’s why I’m putting it all on the line and challenging Herschel Walker to face the public in two separate debates with me before the May 24 primary.

If Herschel accepts my offer, we will commit $1 million to Georgia charities that support life, liberty, and family. Yes, this will be a big sacrifice for our family, but we are willing to sell our home and farm because we believe no sacrifice is too great to preserve the blessings of liberty for the next generation. After all, what is our freedom worth?

Herschel has shrugged off two major debates, but if he’s asking for the public’s trust, he must make himself accountable to answer tough questions. He may think that the endorsement of Mitch McConnell and the D.C. establishment precludes him from talking to the public, but that’s not accountability to the people. Anyone who is unable or unwilling to face a friendly debate doesn’t stand a chance against Warnock and the Democrat machine.

Our courageous founding fathers put everything on the line for our freedom—pledging their lives, their fortunes, and their sacred honor. Today, America is under attack again. Are We the People going to allow a celebrity who hadn’t voted in twenty years to move to Georgia and win the Republican Primary without showing up for a single job interview?

This race isn’t about Herschel or me, but rather about electing a proven conservative who can defeat Raphael Warnock in November and take back the U.S. Senate.

If we’re going to save this republic and preserve our God-given liberties, it’s time for citizens to stand up and step out in boldness before it’s too late! That’s why I chose to run for U.S. Senate in the first place. Georgians deserve a leader who represents their family values and is accountable to We The People.

I often say that I’ll fight for the next generation of Americans, by whatever means necessary. If this million-dollar sacrifice is what it takes to make sure our state is represented by a transparent, proven conservative, my family is willing to make the sacrifice.

Ultimately, our highest calling is to our Lord and Savior, Jesus Christ, who asks us to leave EVERYTHING behind and follow Him. My family is committed to faith, family values, and freedom. We are ready to fight for Georgia, fight for America, and fight for honesty and transparency in government, no matter the cost.

A proposal for these debates has been sent to the Walker campaign, including details such as televising/live streaming of the event, use of an impartial moderator, and a structure similar to both prior primary debates. 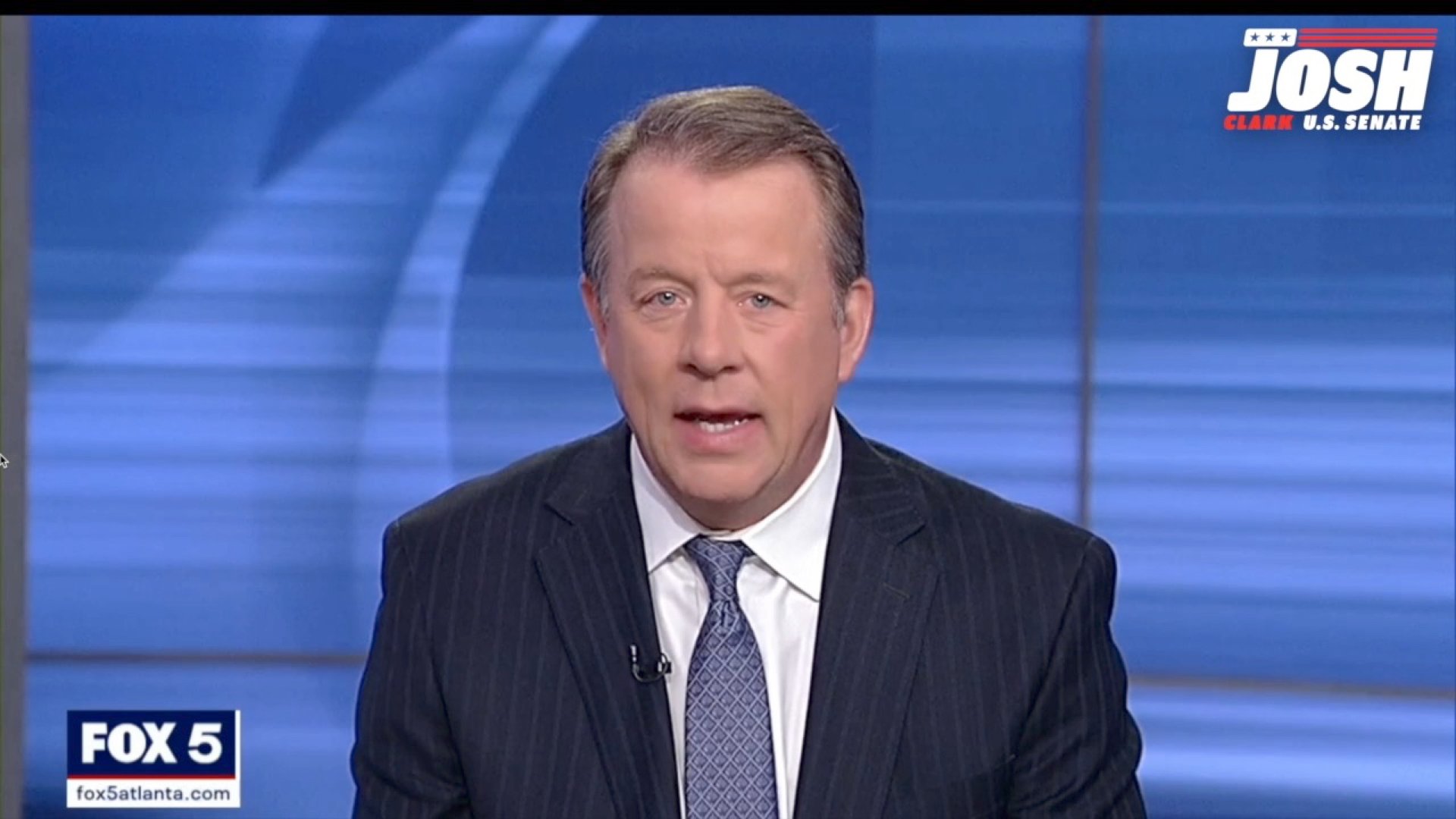 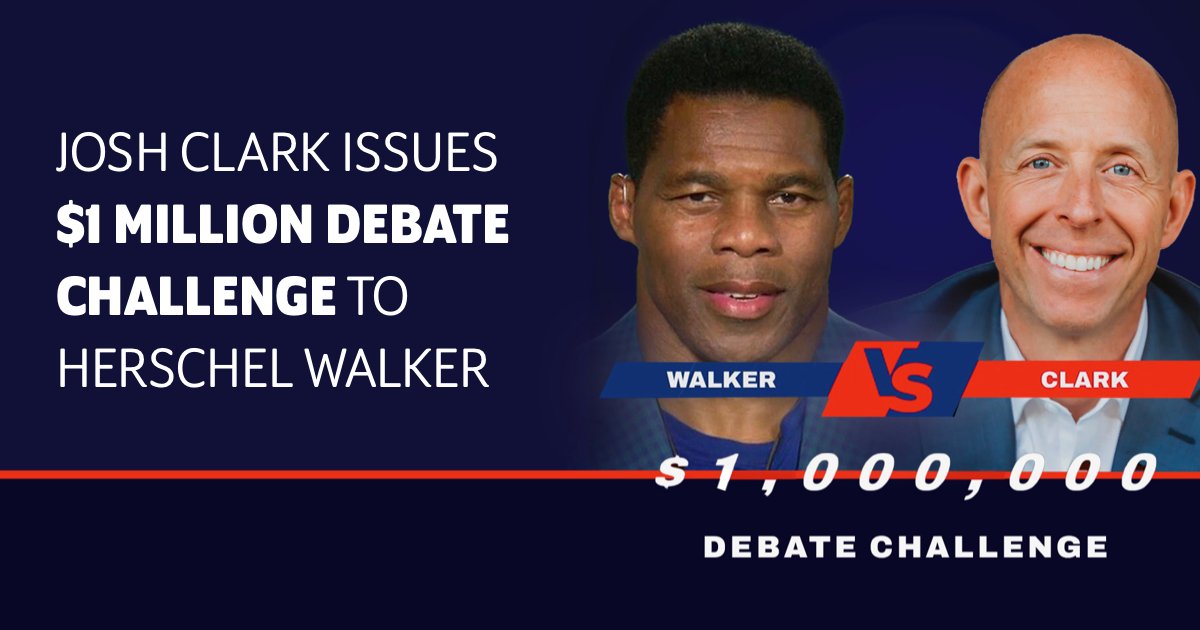 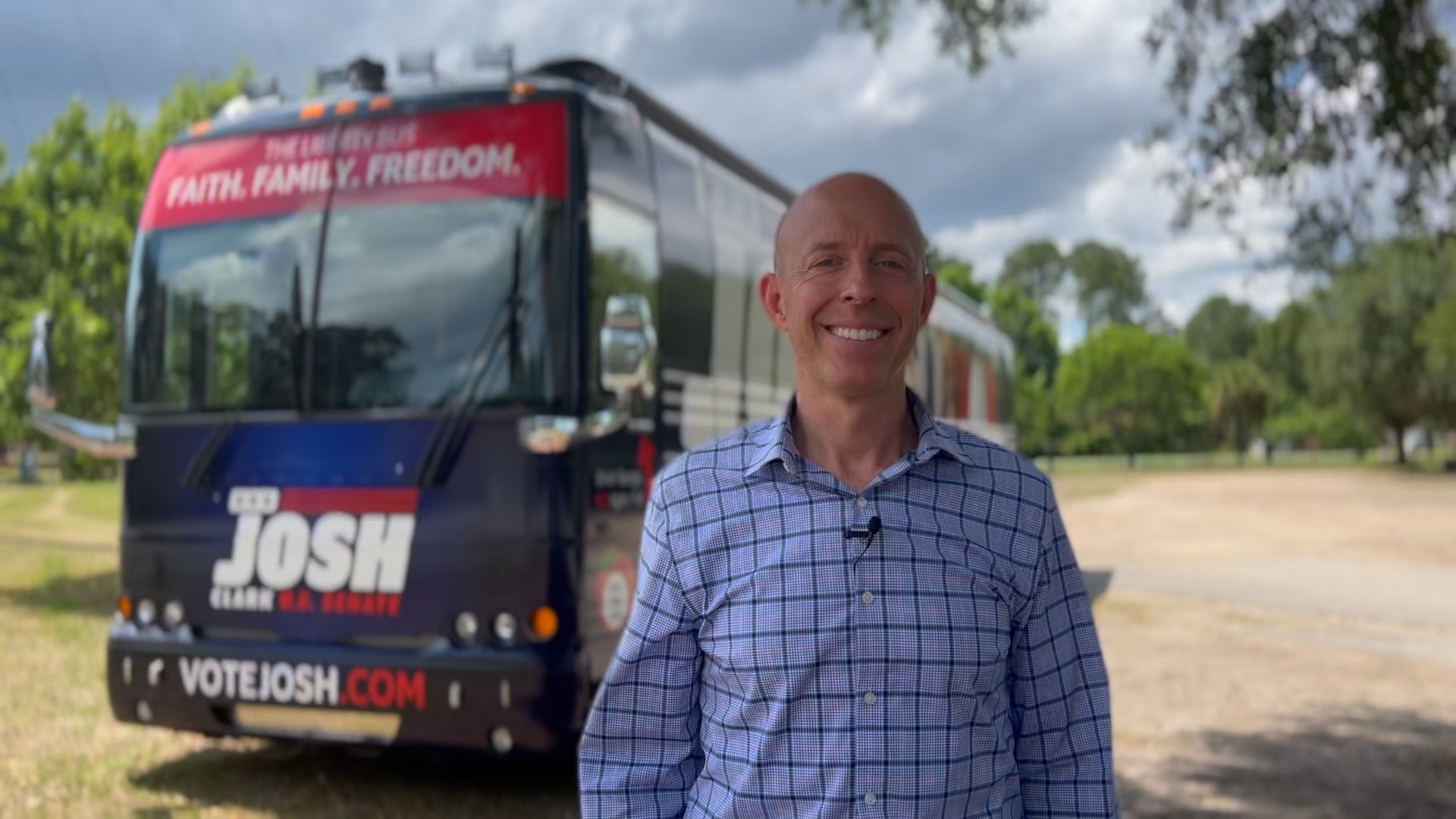 Donate to help fund media ads requesting for this debate to happen.
Donate for America
Donate

Josh & Chelsey Clark will go live at 9pm TONIGHT to share more about the challenge to Herschel to debate.
Watch Event
Virtual

Together, we'll convince Herschel to debate and support Georgia charities!
By providing your phone number, you are consenting to receive recurring calls and texts, including automated calls and texts, to that number from Friends For Josh Clark, Inc.

Did you know this about our Founding Fathers?

“And for the support of this Declaration, with a firm reliance on the protection of divine Providence, we mutually pledge to each other our Lives, our Fortunes, and our sacred Honor.”
– Declaration of Independence

There were 56 Signers to the Declaration of Independence. Of the 56, nine paid the ultimate price, with their lives, for the cause. Another 17 lost everything they owned and all of their money.

However, not one of them ever recanted on their pledge.