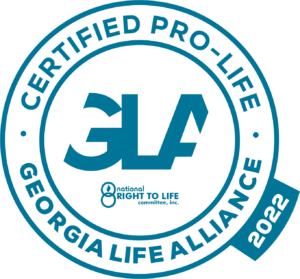 Flowery Branch, GA: The Georgia Life Alliance has awarded their pro-life certification to U.S. Senate Candidate Josh Clark. During his time in the state House, Josh had a 100% pro-life voting record, and he helped champion and pass Georgia’s Fetal Pain Bill that ended abortions after 20 weeks.

“I am grateful for Georgia Life Alliance’s certification of my pro-life credentials and I’m grateful for all they do to fight for life,” said Josh Clark. “Life is the most fundamental right of every American. It comes first in our Declaration of Independence and that’s for a reason! ‘Life, liberty, and the pursuit of happiness’ — but without life what does liberty or freedom even mean?

“As Georgia’s next U.S. Senator, I will fight to for the dignity of every human life. I am proud of my 100% pro-life voting record and my work to pass our pain-capable law. It’s time to make sure the Georgia’s representatives in Washington are protecting this bedrock principle that our citizens care about deeply.

“My fellow Georgians can take it to the bank: I will not compromise in the fight to uphold the right to life. I also offer something unique in this primary as I am the only candidate with a legislative track record. I have faced these issues before, I have done the work, and I’ll do it again on Capitol Hill.”

Josh Clark is a business owner, former two-term Georgia State Rep., and recognized Defender of Liberty who is running for the Republican nomination for U.S. Senate. Josh was raised with the American values of faith in God, hard work & serving others. He resides on a small farm in Hall County with his wife Chelsey and their six children.