If Kelvin King thinks you have to be black to beat Warnock, he's plain wrong and he's not ready to lead in Washington.

Flowery Branch, GA: “I am shocked and disappointed to now have heard two of my primary opponents, repeat the tired, leftist talking points of identity politics,” said Josh Clark, candidate for U.S. Senate. “Kelvin King says that in this Senate race, you have to be black to be able to talk about social issues and only a black candidate can beat Raphael Warnock. I reject that lie! You don’t have to be black to beat Warnock, just like you don’t have to be white to beat Ossoff. That may be true in the Democrat Party, but it’s certainly not true in the Republican Party, and the moment we adopt that way of thinking, conservatives lose all hope of saving this country from the identity politics that is dividing and destroying us.”

Clark continued, “Democrats have driven this racist wedge between us for decades. Assigning beliefs, motives, and political alliances based on skin color is blatantly unAmerican. It goes against our very national motto, e pluribus unum: out of many, one. It’s time for Republicans to be the party that calls us back to the vision of Dr. King, that we look at the content of each other’s character and not the color of their skin!

“For Kelvin to say that minority voters will only listen to black candidates is insulting and plainly untrue. I’m also shocked that even Herschel has told me that I can’t beat Warnock or make it in public office if I’m not willing to call opponents by a derogatory, racial name. I say NO!”

Clark concluded, “As Republicans in this primary, we ought to lead our fellow Georgians and Americans back to the truth my dear friend Rep. Melvin Everson always says: ‘qualification over pigmentation.’ Not only am I qualified and prepared to unseat Raphael Warnock this November, but I will also throw out the left’s racist wedge of identity politics. If Herschel and Kelvin can only repeat the leftist lines of identity politics, they will never beat Warnock in the general and they certainly aren’t ready to lead in Washington.

“I believe from the book of Genesis all the way to the Declaration of Independence, the blueprint for America couldn’t be more clear. ‘So God created mankind in his own image, in the image of God he created them; male and female he created them,’ (Genesis 1:27) and He created us equal, endowed with inalienable rights! We must all repudiate the racist lies of identity politics, not repeat them. I’m ready to lead the fight in speaking the truth, rejecting Democrat identity politics, and bringing Americans together.” 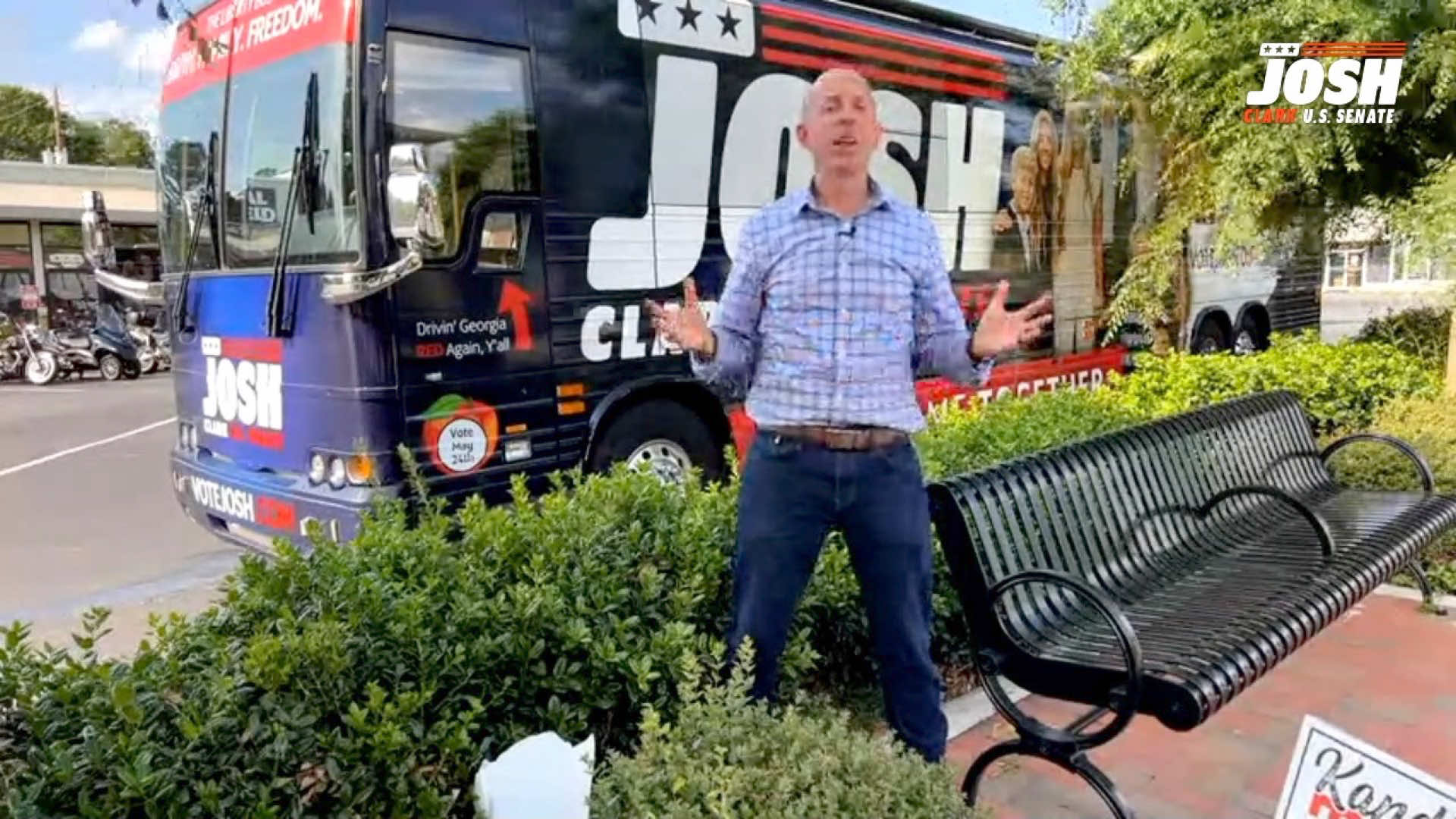 Josh Clark is a business owner, former two-term Georgia State Rep., and recognized Defender of Liberty who is running for the Republican nomination for U.S. Senate. Josh was raised with the American values of faith in God, hard work & serving others. He resides on a small farm in Hall County with his wife Chelsey and their six children.