Gary Black is the sitting agriculture commissioner for the state of Georgia, having held the position since 2011. To his credit, he is the only candidate besides Josh Clark himself who has sat in elected office before joining this race. 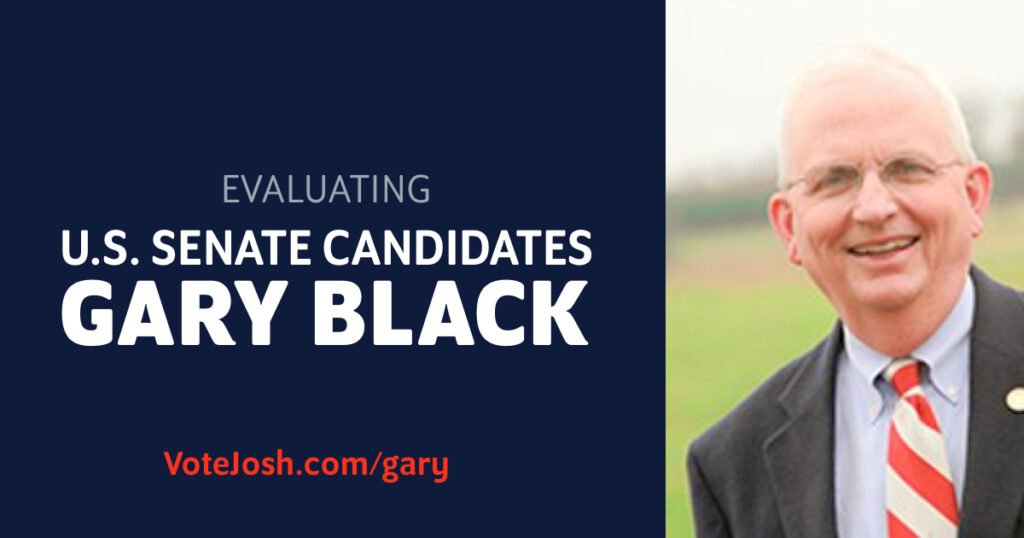 Having held and maintained his position in government for a decade, Gary Black has remained a popular Agriculture commissioner. However, he has no record on policies not directly related to his current public service. He claims conservative positions on a wide variety of topics but lacks a record to back it up.

Of the other candidates in this race, Gary Black is the closest to possessing true legislative experience, and even then, still lacks familiarity with a congressional environment. The atmosphere of heading a bureaucratic agency is entirely different from that of congress. Rather than taking advice about whether to approve a policy, a Senator must be able to write, evaluate, and skillfully debate legislation, which are not prerequisites for his current position.

Will he fight for Georgians?

Much like Latham Saddler, Gary Black’s record leaves that up to debate. He possesses a good record in one small area, but none in any other field. On most issues facing Georgia, from defending our borders to protecting the unborn and ensuring fair elections, we do not know how Gary Black will cast his vote. In fact, for the question of voter fraud, he refused to provide a clear answer at all, likely fearing the political consequences of taking a definitive stance. We need leaders who can be relied upon to uphold the principles that Georgians hold dear, and definitively fight for what they believe is right. Gary Black lacks the record and political courage to provide that certainty and is not a safe pick for the next half decade of public office.

What other information would you like to see/receive about US Senate Candidate Gary Black to help you make a decision before voting on May 24th, 2022?